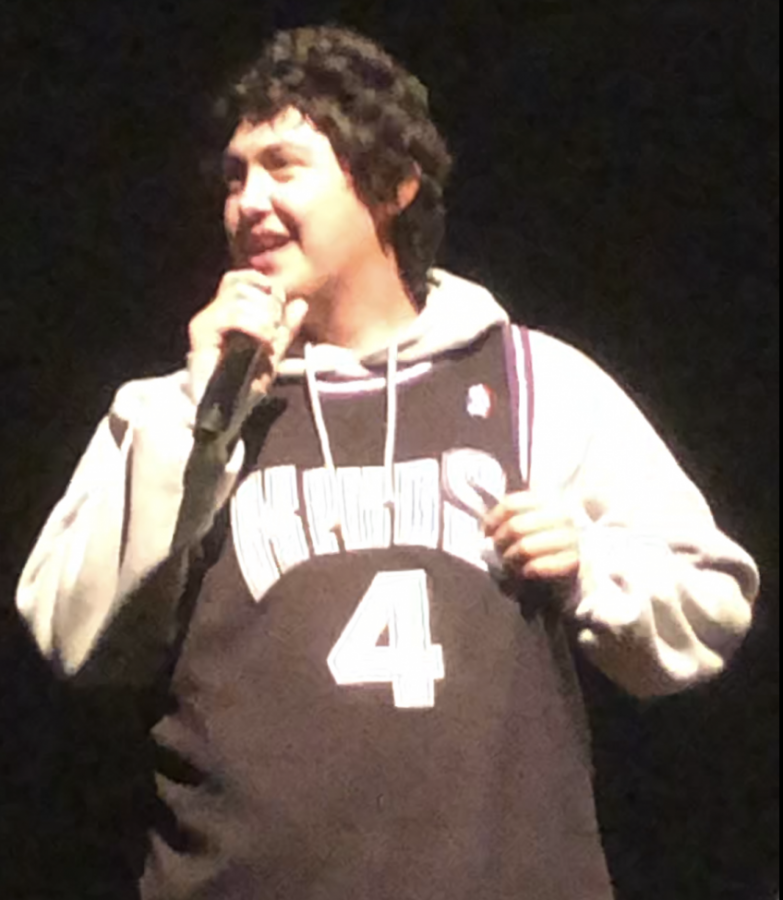 Hobo Johnson and The Love Makers

Hobo Johnson and The LoveMakers—Derek Lynch, Jordan Moore, David Baez-Lopez and Ben Lerch—preformed at the House of Blues in downtown Houston on Oct. 24 with their new album “The Fall.” The concert opened with the band Mom Jeans, including band members Eric Butler, Austin Carango, Bart Thompson and Sam Kless. The audience responded positively to both bands that preformed and it felt as though everyone in the venue was a family.

Hobo Johnson and The LoveMakers were excellent during the concert, performing a type of hip-hop rap. They were relaxed, yet upbeat about everything. During the concert, Hobo Johnson preformed many songs from both his old and newer albums. He started the official concert off with the song “Typical Story,” from his newest album. He then played one of his most popular songs, “Peach Scone.” He later opened the pit allowing the audience to get closer to the band. Each song throughout the night was purely amazing and encouraged listeners to strive for the best and to take a break when needed.

Hobo Johnson’s concerts are at the top of my list. On Nov. 15, Hobo Johnson is going to be in Cleveland, Ohio at the House of Blues, most likely putting on one of the greatest performances seen by him.