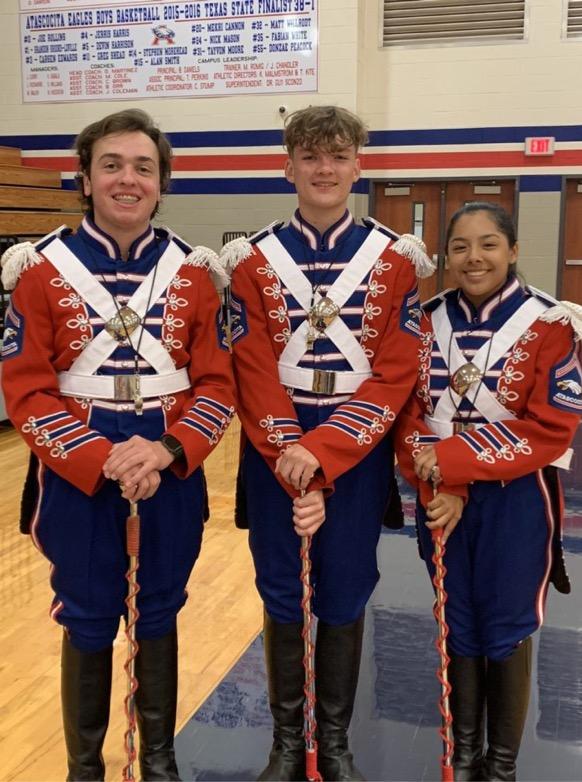 Senior Mason Stump is this year’s head drum major in the band program. He, along with the other drum majors, leads the band in marching and playing in the stands.

“As a drum major, I lead the band on the field and conduct the show,” Stump said. “When I’m behind the scenes, I’m helping other people like section leaders, librarians, and even the logistical staff do things like make drill books or help with uniform management. This year I was even able to help write drill for the show and playoff games for the end of marching season.”

“A lot of people were used to the way that Luggerio taught the band and how he interacted with us, and now we have Mr. Grice,” Stump said. “Change isn’t a bad thing, but sometimes it can definitely be uncomfortable or just very different to people. However, the band has come a long way and has been able to adapt to the changes in the program.”

“The best part of being a drum major so far has been being a team with the other two drum majors,” Stump said. “Leading and having a great time together with them is an experience I never thought I would have but I’m glad I’ve had it so far.”