Although America normally has no issue finding something to argue about, it seems most of us can agree that the Midterm Elections of 2018 have been like no other. It’s no surprise that the midterms were not only the most prioritized topic of press and media for several weeks, but as well as this, the turnout was over 10% higher than that of the 2014 elections, and about 9% higher than the average turnout for the past few decades. According to BBC, 49.2% of eligible voters cast ballots in 2018. For a little bit of reference, the last time a midterm election voting turnout in America was that high was before women were even allowed to vote!

So, what exactly do the midterm elections mean in terms of America’s future?” In plain terms, they mean a lot. The results of the midterm elections can either work in the president’s favor or reduce his power in many ways. For example, if the democratic party takes control of the house or senate, they can overthrow some of what a republican president might do. Because of this, many believe the reason behind the voting turnout being so high has something to do with who our current president is- President Trump. 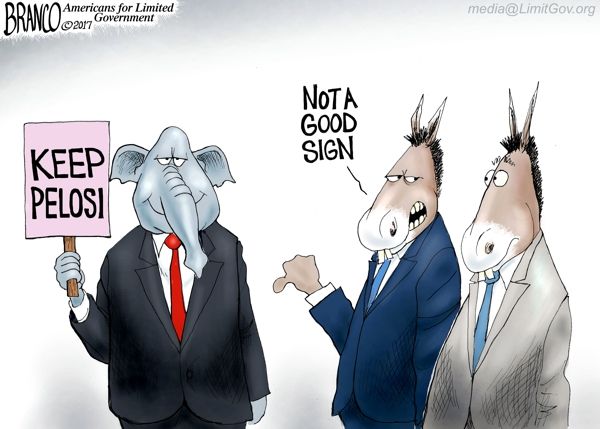 Since Trump was elected, most Americans have a lot more to say about him than they have about our past presidents. This is also the reason America has been so politically divided for the last two years. Whether we admit it or not, its nearly impossible to deny the hatred and division created between those who support Trump and those who are against him. With that being said, the ones who support him have begun to support him with all their might. Likewise, the ones who oppose him have begun opposing him with great passion. For these exact reasons, American citizens have started to care a great deal about voting, and the turnout of this year’s elections have proved this.

While the voting turnout was somewhat predicted before elections took place, the results of the election came as a shock to many people. The general consensus that went around indicated that Republicans would most likely take control of both the house and the senate, but the results proved us all wrong. Although the Senate was in fact taken by G.O.P., the House was taken by Democrats. What does this mean? It means that since the House and Senate are not held by the same Political Party, America can become even more politically divided than before, just like it’s government.

Moving forward, it’s hard to tell just how big of an impact the 2018 midterm election results will have on us as Americans, both socially and politically. However, what we do know, even though we often forget it, is that most of us have one thing in common: we all have a desire to make America the best it can be. It is likely that there are some things some of us will never agree on, but if there’s one thing we as Americans can see eye to eye on, it should be the support we have for one another, no matter how different our political views may be.