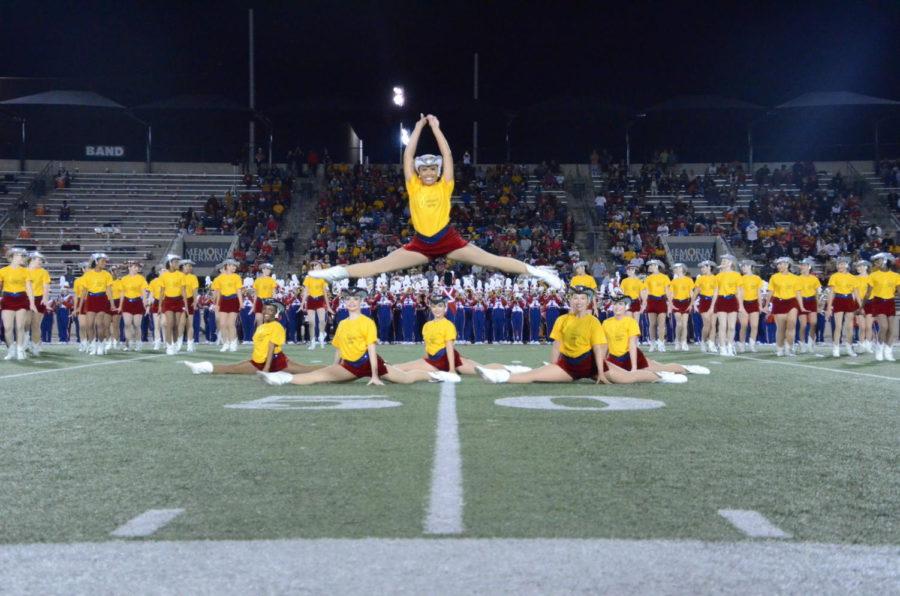 The Patriettes wore Gold Fight Win shirts for their performance at the game. This showed their support for pediatric cancer patients.

The idea for Gold Fight Win came from a tradition at the University of Iowa. The stadium at the university is overlooked by a Children’s Hospital.  The pediatric cancer patients look out from a top floor over the field on game days. Since 2017, fans have turned away from the game at the end of the first quarter to wave to the children. (see video from the University of Iowa https://www.youtube.com/watch?v=w7UqYD_owgY)

Humble ISD wants to support and acknowledge children in these situations, as well. This is why the Gold Fight Win Games began in the district. The district began these games in 2019 with Atascocita beating Kingwood 70-10.

Shirts and tickets are available for purchase so that fans can support the cause. The student council is also raising awareness for the Gold Fight Win game.

“The scavenger hunt for the rubber ducks is to promote the Gold Fight Win,” student council officer Maggie Romero said. “It helps raise awareness because in the prizes we gave a gold fight win shirt so that we can show our support of pediatric cancer.”