Class of 2021 inspires perseverance with mural in cafeteria 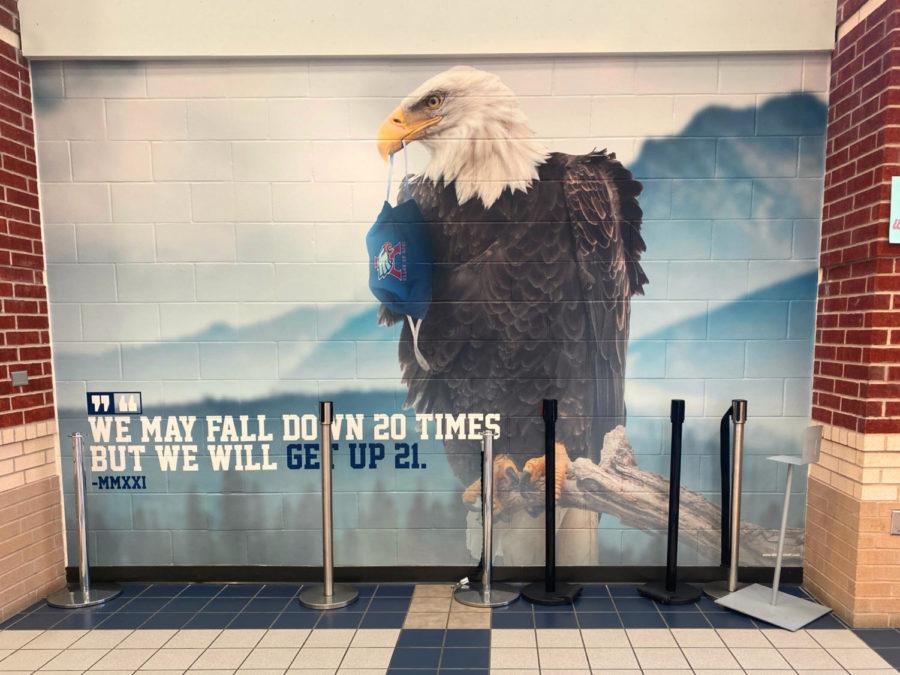 The new mural in the cafeteria was sponsored by the class of 2021 to remind all students that even through there are tough times, you can still get up and keep going.

The 2021 class officers wanted the mural to stand for what the senior class believed in. Their senior year was the first time students were required to wear masks. In the mural, the mask hangs from the Eagle with the saying below: “We may fall down 20 times but we can get up 21.”

“Senior year is a tough year but it’s a fun year,” senior class sponsor Mrs. Hulquist said. “The class officers wanted to show that even with all the obstacles the senior year had to face, they were dedicated to graduating and pursuing what they wanted toward graduation.”

The mural is placed in the cafeteria for all students to see. The class officers had considered putting it in the new wing but wanted it to have the most visibility. The mural is for not only students but teachers as well for inspiration.