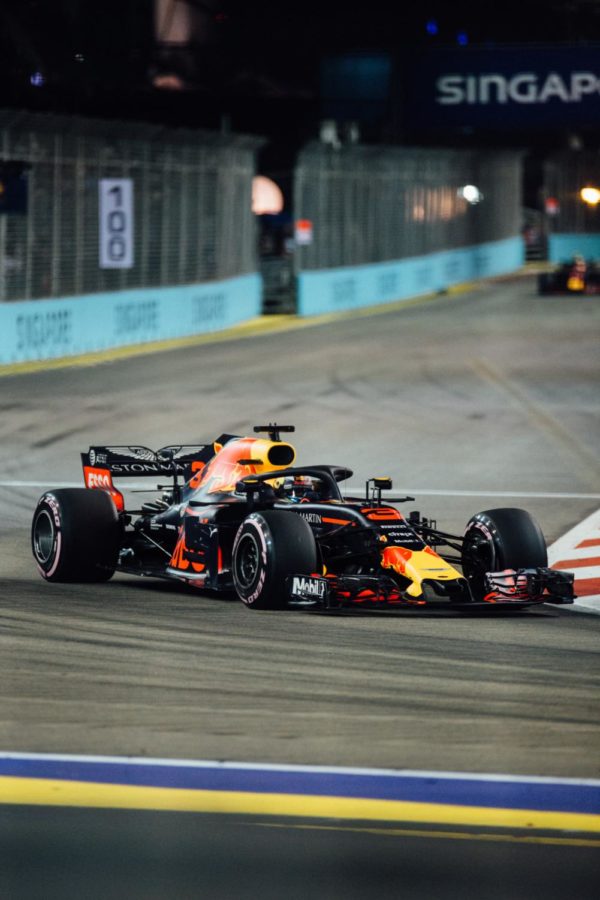 The 2021 Formula One racing championship came to an exciting close on Dec. 12 at the Yas Marina Circuit in Abu Dhabi. Going into the weekend, Red Bull driver Max Verstappen and Mercedes driver Lewis Hamilton were dead even for the driver championship. Whoever placed higher at the final race would be the world champion. Also at stake was the Constructors’ Championship in which Mercedes held a significant lead over Red Bull.

The Yas Marina Circuit is known for being difficult to overtake, so qualifying was crucial. Max Verstappen put a stellar lap together near the end of the qualifying race that Hamilton couldn’t match. Verstappen’s lap was three-tenths quicker than Hamilton’s and good enough for pole position. Hamilton started in second position.

Hamilton, who started on medium tires, overtook Verstappen, who was using soft tires on turn 1. Verstappen came back and tried to regain the lead in turn 6, forcing Hamilton to go wide and run off the track, although Hamilton maintained the lead. Verstappen chose to go into the pits on lap 13, and Hamilton did so a lap later, leaving Verstappen’s teammate Sergio Perez in the lead to try and hold off Hamilton. On laps 20-21, Perez was called “a legend” by his teammate Verstappen after he was able to hold up Hamilton, allowing Verstappen to catch back up.

Although Verstappen was able to catch up with Hamilton on lap 21, Hamilton’s overall pace was much quicker, which made the result of the race and the championship seem certain. That was until Williams’ driver Nicholas Lattifi crashed on lap 52, causing a safety car, allowing Verstappen to pit and get new tires as well as allowing him to catch up to Hamilton. The race resumed with one lap of racing left and Verstappen was able to pass Hamilton in turn 5, He held the lead for the remainder of the lap and was able to win the World Drivers’ Championship on the final lap of the final race of the season. Carlos Sainz rounded out the podium, taking 3rd in the race and Hamilton’s team, Mercedes, won the Constructors’ Championship.